The 12 Days Best of Kenya and Tanzania Safari will take you to Kenyan National Parks and Tanzanian northern circuit Parks. You will start by visiting Lake Nakuru National Park where you will see a lot of animals. Masai Mara National Reserve for the BIG 5 (Lions, Elephants, Buffaloes, Leopards and Rhinos), cross via Isebania border to Tanzania then visits Serengeti National Park which is the mother park to Masai Mara National Reserve. With all you have to see in Tanzania is concentrated in this park, Proceed to Ngorongoro Conservation Area known for its Ngorongoro caldera, Lake Manyara for tree climbing Lions then cross via Namanga border to Amboseli national Park and back Nairobi for your flight back home. 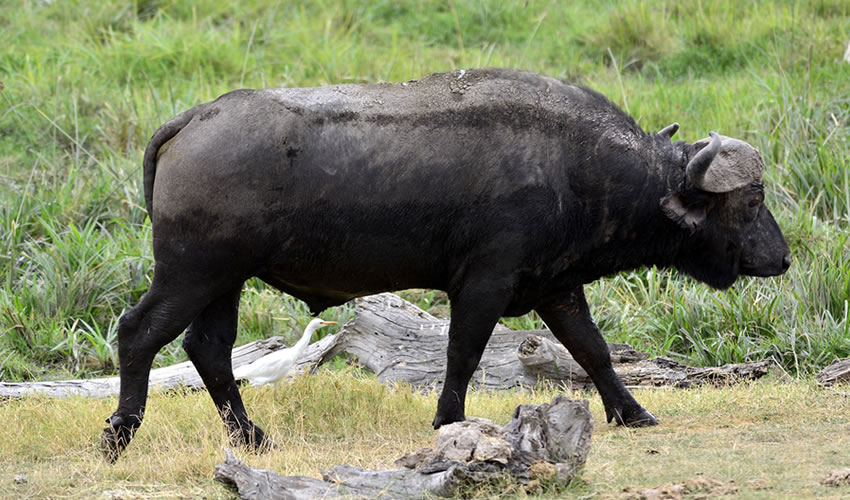 Day 1 of the 12 Days Best of Kenya and Tanzania Safari: Arrival at Jomo Kenyatta Airport and transfer to Hotel

Upon arrival at Jomo Kenyatta International Airport, Meet and greet assistance by our staff, introduction to your driver guide then you will be briefed about your tour as you are driven to your city Hotel. Overnight stay atNairobi Serena Hotel or Pride Inn Azure Hotel, Nairobi. Meal Plan: Dinner.

Upon arrival at Jomo Kenyatta International Airport, Meet and greet assistance by our staff, introduction to your driver guide then you will be briefed about your tour. After a little while, you will be driven to Lake Nakuru National Park which is known for its large population of flamingos in Lake Nakuru and it is one of the Great Rift Valley lakes. So you will have a short stop over at the rift valley which is at an elevation of 1,754 m above sea level for photos. Check-in at your lodge and later have lunch as you wait for your late afternoon and evening game drive, so the guide will help you locate Lake Nakuru, the alkaline lake that hosts several bird species and plenty of animal species like Buffalos, White Rhinos, Water Bucks, Lions and Rothschild Giraffes among others. Overnight at Lake Nakuru Sopa Lodge/Sarova Lion Hill Game Lodge Meal Plan: Breakfast, Lunch and Dinner.

After morning breakfast, head to Masai Mara National Reserve which is located in the south western parts of Kenya and the reserve borders Tanzania forming Serengeti National Park in the Tanzanian side. It has rich ecosystem with preserved savannah wilderness and the wildebeest traverse its plains during the annual migration. Upon your arrival in the afternoon, you will be served lunch and the evening will be spent on game drive in search of the BIG 5 (Elephants, Lions, Leopard, Buffaloes, and Rhinos with several other animals including Impalas, Gazelles, Wildebeests, Hyenas, Topis, Zebras, Giraffes and hundreds of bird species. Overnight at Mara Sopa Lodge/ Agamba Mara Lodge/ Mara Simba Lodge Meal Plan: Breakfast, Lunch and Dinner.

Have early morning breakfast ready for the morning and late afternoon game drive. The reserve hosts over 450 species of mammals and over 500 species of birds. So the whole day will be spent in viewing the BIG 5 (Elephants, Lions, Leopard, Buffaloes, and Rhino) Also other animal species like Impalas, Gazelles, Wildebeests, Hyenas, Topis, Zebras, Giraffes and hundreds of bird species. The annual Wildebeests Migration from Serengeti to Masai Mara also takes place here between July and October when millions of Wildebeests and Zebras closely trailed by the Big Cats cross the Mara River and roam the reserve’s vast plains in search of greener pastures. Overnight at Mara Sopa Lodge/ Agamba Mara Lodge/ Mara Simba Lodge Meal Plan: Lunch and Dinner.

You will be served an early morning breakfast ready for the transfer to Serengeti National Park. Clear with Immigration in Isebania, the border of Kenya and Tanzania. The park is located in the northern parts of Tanzania and it is well known for its massive annual migration of wildebeest and zebra. Seeking new pasture, the herds move north from their breeding grounds in the grassy southern plains. Many cross the marshy western corridor’s crocodile-infested Grumeti River. Arrive in time for lunch and later the evening will be for game drive in this world’s famous national park which supports every variety of animals. So you will spot the lion, leopard, cheetah, Buffaloes, Rhinos, elephants, spotted hyena and many other animals. Overnight stay at Serengeti Sopa Lodge/similar. Meal Plan:Breakfast, Lunch and Dinner.

Early morning and late afternoon game drives in the vast park with option for a near full day of game viewing. Serengeti, derived from the name “Siringet” which means endless plains in Masai Language hosts the Great Plains where the endless streams of wildebeest and zebra pour south towards Ngorongoro or north towards the Masai Mara during their annual migration.  The park is home to the BIG 5 and other species including Hyenas, Cheetahs, Caracals, Serval Cats and several bovine species. It is also home to hundreds of bird species including vultures. Our game drives will cover the varied habitats and eco-systems of Serengeti. All meals and overnight stay at Serengeti Sopa Lodge/similar. Meal Plan:Breakfast, Lunch and Dinner.

Have early morning game drive ready for the transfer to Ngorongoro Conservation Area. The park plains support the existence of the BIG 5 mammals, vast volcanic Ngorongoro crater and huge herds of wildebeests and zebras traverse its plains during their annual migration. Enroute game drive to your accommodation and later in the evening head for game drive where the guide will spot for the BIG 5 (elephant, lion, leopard, buffalo, rhino) with many other animal species. Overnight at Ngorongoro Farm House / similar Meal Plan: Breakfast, Lunch and Dinner.

Morning breakfast, later drive to Lake Manyara National Park. It offers unique wilderness experience and rich ecosystem such as the Rift Valley Soda Lake, open grasslands, dense woodlands and stunning mountainsides which favours the stay of a thousand animal species which inhabit this Park. The evening game drive will be for the most famous highlight which the tree isclimbing Lions which are so often on acacia branch trees. Keep your eyes on the trees. You will also spot elephants, Giraffe, Hippo, Buffalo, Zebra,White Rhino, and Black Rhino. It also inhabits thousand of flamingoes and other 400 species of birds which inhabit this park. Dinner and overnight stay at Lake Manyara Serena Lodge/similar.  Meal Plan: Breakfast, Lunch and Dinner.

Breakfast at the lodge and depart to Amboseli National Park via Arusha. Clear and cross the Namanga border where you will meet the Kenyan safari guide, change vehicle and proceed to Amboseli National Park. The park is well known for its large elephant herds and immense views of Mountain Kilimanjaro. The observation from the park hills offers clear views of Kilimanjaro Peak, swamp, Lake Amboseli and the park plains. The late afternoon will be spent on game drive till evening where you will be able to spot big herds of elephants, giraffes, zebras, cheetahs and hundreds of bird species. Overnight at Amboseli Sopa Lodge/OlTukai Amboseli Lodge Meal Plan: Breakfast, Lunch and Dinner.

The whole day will be spent on a game drive for both morning and evening game drive where the morning game drive will start at 0630 hours and the evening one at 1600 hours respectively. Amboseli is a place of stunning views of Mt. Kilimanjaro and has several lakes and swamps that attract several wildlife and bird species. So the guide will help you to spot Big Elephant and Buffalo herds, giraffes, zebras, cheetahs and hundreds of bird species. The rest of time will be for resting and relaxation. Overnight at Amboseli Sopa Lodge/ OlTukai Amboseli Lodge Meal Plan: Breakfast, Lunch and Dinner.

After your breakfast, you will be driven back to Nairobi with en-route lunch at Carnivore restaurant in Nairobi. Upon arrival, you will be dropped at the Jomo Kenyatta International Airport depending on your flight time arrangements. Meal Plan: Breakfast, and Lunch. END OF SERVICE.

Inclusions in the above safari packages:

Exclusions in the safari packages:

Additional sightseeing or deviation from the itinerary, all International and domestic flights, all items of personal nature such as tobacco, laundry, phone calls, drinks during meals, etc.Tips for driver guide, porters, and waiters while on safari. Drinks/beverages during the safari and at the hotels Festive Season Supplements, any other Items not mentioned above. Also note that Medical/Travel Insurance isn’t inclusive but its highly Recommended.