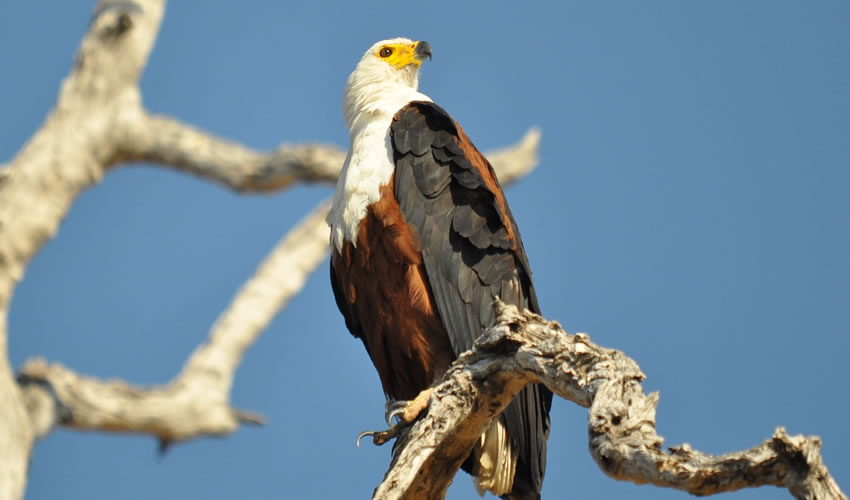 Uganda is a beautiful landlocked country in east Africa, it is commonly termed as the pearl of Africa because of its composition, and the country is a hot spot of birds attracting many birding travelers, it hosts both endemic and migratory species of birds, about 1073 bird species have been recorded to date, different destinations have birds which may not be seen in the other destinations, birding in Uganda rewards, birds are everywhere in Uganda, the whistling and singing from the song birds gives an eco-state of beauty which cannot be witnessed anywhere else. Uganda has over 34 important birding spots which have been recognized, below are those beautiful places,

The Mabamba swamp, in Entebbe is the most sough of place to go for birding in Uganda, it is one of the few remaining places to see the critically endangered pre historic shoe bill stock, the wetland is located along the northern shore of Lake Victoria west of Entebbe, covered in marshes growing papyrus, water lilies and other water grasses, Mabamba is a Ramser site hosting over 300 bird species, that include mainly many threatened birds, example of the papyrus Gonolex, African fish eagle, the African mash harrier, long tailed cormorant, swamp flycatcher, white throated bee eater, squacco heron, green cuckoo, to mention, seeing birds is done on a canoe boat ride the rides are taken is distributed trails through the marshes. The wetland hosts a number of migratory species in the months of October and may. Every point of the Mabamba is home to birds beginning from as soon as you land.

Bwindi impenetrable national park is one of the most visited spots for bird watching in Uganda, it is divided into four parts each of which presents lots of birds to be explored, the Ruhija sector of Bwindi impenetrable national park is known for the endemic African green broadbill which cannot be seen anywhere else in the national park, birding is done commonly along the main trails distributed within the forest, for example the Buhoma waterfall trail. Bwindi has been voted one of Africa’s important birding sites recorded with over 350 species of birds 14 of which are endemic to the destination, there’re many Albertine endemics such as the short tailed warbler and the blue headed sunbirds which have been listed as critically endangered by the IUCN redlist, the beauty about doing birding in the forest is that you might come across its popular resident the Mountain gorillas, example bird types to be seen include the commonbulbul, African harrier hawk, African green pigeon, giant king fisher, crown hornbill.

Queen Elizabeth national park hosts half of the ever recorded bird species in Uganda toppled with the wildlife species of the country, the national park straddles along the equator, decorated with several crater lakes, which give  a perfect glimpse of the true whispers of the wilderness, it is an ok state to describe as great for an authentic safari destination, the sectors or the park including the Mweya peninsular, the Kyambura gorge, Kazinga channel, Ishasha sector are habitat to some of the many birds in the national park, birds are experienced on boat cruises, guided nature walks,  canoe rides, game drives, the Maramagambo forest is a perfect place to see birds and the Kikorongo area, example species found include the African fish eagle, African finfoot,grey crowned crested crane, yellow throated bill, greater and lesser flamingos, swamp night Jar,Malachite Kingfisher, papyrus gonolex to mention.

Birding is a popular activity in Uganda, other important places to see birds in the country include Lake Mburo national park, it is the smallest Savannah Park in the country offering a great experience and close to the capital city of Uganda, the well distributed trails of the conservation area will guide you through to the birding area spots, along the Showers of Lake Mburo is the great experience of the prehistoric shoebill stock one of the critically endangered species of Uganda.

In order to enjoy a birding experience in the country, it is wise to bring binoculars, warm clothes for highland areas, long sleeved shirts and trousers, proper hiking gears and rain coats. Birds of Uganda can be seen anywhere and all year round, although the wet season attracts more wildlife.