Bwindi Impenetrable National Park has a fame of the critically endangered Mountain gorillas, they live freely in the natural ecosystem which is found in the south western corner of Uganda tucked along borders with Rwanda. Bwindi hosts half population of Mountain gorilla a sub species of the eastern gorilla. The national park was first gazette in 1991 as a national park and declared a UNESCO world heritage site as a way of protecting the animal species that call this home. The ancient forest is said to have lived and survived the Ice edge era a time when earth seemed on move with the tectonic plates.

The national park is divided into four sectors (Nkuringo, Buhoma, Rushaga, and Ruhija), each of these is placed with habituated gorilla families for visits, Buhoma was the very first place to have habituated gorilla families and sparked off the whole gorilla trekking experience in Uganda. The forest is full of a surrounding life most of the park area is a mixed vegetation including the Afro- montane forest, thick herbs, shrubs, and a dense bamboo forest, the vegetation zones depend on the elevation altitude ranging between 1160m-2607m above sea level. 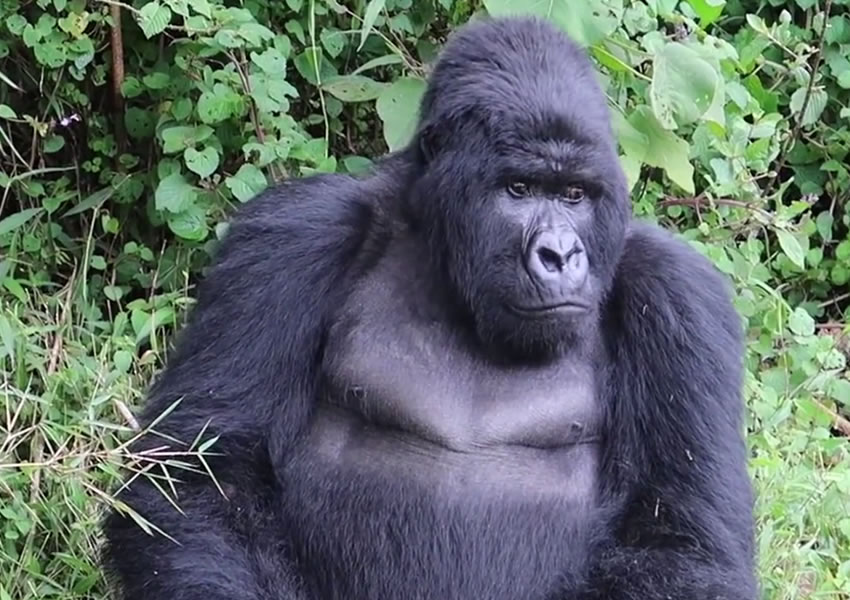 The lowest parts of the park are in the north and the highest in the eastern park side, these places are chilly and can get very cold. There are animals present in the conservation area including large mammals like elephants, buffaloes, golden cats, yellow fronted duiker, side stripped Jackal, giant forest hogs, mountain duikers, chimpanzee, it should be noted that although these species are present in the park, they are rarely seen. The most popular residents include the Lhoest monkey, black and white colobus monkey, red tailed monkeys, blue monkey, baboons and the Mountain gorillas. The forest is home to over 350 species of birds that have been recorded to date, the forest birds have a registered number of 23 endemics 14 of which can only be found in Uganda for example the African green broad bill, grauer’s broadbill, white bellied robin chat, blue headed sunbirds, collared apalis to mention a few.

Bwindi impenetrable national park is most sought of by travelers who are most interested in the gorilla trekking safari, this is the parks major activity. The gorilla trekking experience begins when one buys a gorilla permit, Most people ask, how much does it cost to get a gorilla permit, well the Ugandan gorilla permit was recently increased to 700 USD for foreign no residents, due to conservation purposes, trekking is done in groups of eight per gorilla family per day. The Uganda wildlife authority tea, briefs you on how to conduct your self during a gorilla safari, there are rules and Guide lines to be followed for example the 7, meter distance rule, gorilla trekking activity is no allowed to travelers who are 15 years of age and below. Trekking time can be 2 of more hours depending on how far the Gorilla families have moved.  It should be noted that gorillas are always on the move, the feed on Large quantities of grass and don’t deplete the same area Zone.

The park used to be home to the Batwa community, they are the group of last short structured people in Uganda who are said to be the original keepers of the forest, they lived in the forest and survived on hunting and feeding on prey from the park, however due to conservation purposes these were evicted from the forest and continued to live around the forest park areas. They give the best experiences of culture through performing to travelers , teach them how they used to conduct their old ways of living in time where they didn’t need a match stick or box to make  afire.

Birding in Bwindi impenetrable national park will give you great experiences as you will h=get to witness most of the endemics of the albertine region. He whistling birds are a unique way of nature speaking through you right from the forest Zone. It is an important birding, the birding trails in the forest are easily accessible, excellent guides will help take you through the region.

Where to stay in Bwindi impenetrable national park is quite a variety, the facilities range from the best budget to luxury ones there is at least something for everybody, example facilities include the Bwindi lodge, Mahogany springs lodge, Ichumbi gorilla lodge, Lake Mulehe gorilla lodge to mention a few, accommodation. it is advisable to book a facility where you will be tracking the Mountain gorillas. The park travel checklist includes warm clothes, insect repellents, hand gloves, waterproof boots, water proof covers for phones and cameras. Bwindi can be visited all year round but best during the dry season of Uganda. Reaching the park takes approximately 9 hours’ drive by road passing through the beautiful hilly landscape of the western Uganda. Charter flights can be organized by the domestic flight company to the Kihihi or Kisoro airstrip.