Gishwati Mukura National Park is angelically placed in the western part of Rwanda, newly established in the country, it was formed as a national park in 2015 as a way of protecting the species that call this forest home. As small as 35.5 square kilometers, Gishawti has incredible features living within the small space of the forest. It encompasses two forests the Giwshati to the North and Mukura to the south. The park faced great threats during the 1994 Rwanda genocide as it mostly acted as a hiding place.in the present day, the glory of the forests is being restored through programs that protect species in the park and the forest at large. It is one of the few remaining rainforests with a large biodiversity. 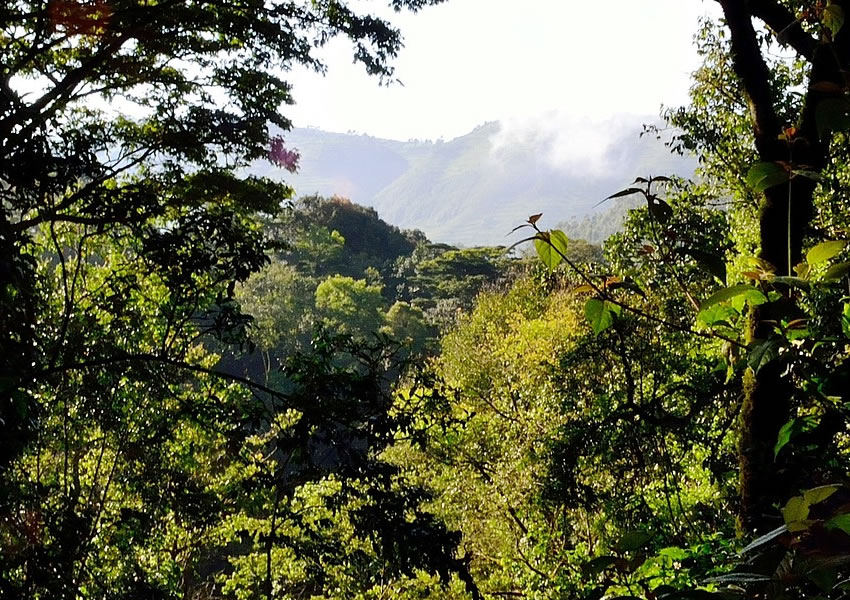 The forest divides Congo and River Nile basins, it has a collection of species of the Albertine region, the park is mostly home to primates including chimpanzee, Golden monkey, L’hoest monkey, Blue monkeys, olive baboons, vervet monkeys to mention a few, the park has less or no large mammals birds of the park include the Grauer’s swamp warbler, Rwenzori Turaco, grey crowned cranes, a combination of the park attractions presents an opportunity to do other several activities like Guided nature walk, this will give you an insight of the national park, there are distributed trails to show you the vast beautiful parks, flowering trees, Chameleons and birds, over 126 birds are present in the ecosystem some of which are Albertine endemics. Community-based activities can be organized, you will have a chance to experience traditional medicine, handicraft making and beekeeping, cultural dance from the indigenous people ‘Indashyikirwa.

The vegetation of  Gishwati National Park is composed of mixed forest, bamboo forest, swampy forest, and grassland there a variety of tree species including the hagenia abyssinia, giant tree fans, Carapa grand flora, Harungana Montana, Prunus Africana, and many more are common species of the national park, the carapa Grandi flora- known to the locals as ‘Umushwati” is dotted almost everywhere in the park hence naming it after the tree species. These have persisted in a life-challenging moment of constant encroachment.

Trails and waterfalls are some of the main attractions of the conservation area, along the trails travelers can enjoy performing activities like hiking, bird watching, waterfall views, three trails have been established to explore the beauty of the national park, the waterfall trail- accessible from Kivu belt road and the Nteko ranger post the 7 kilometer trail is simplest of the routes to take while in the national park, Umushwati trail, a tourism zone an 8-kilometer trail, includes the western part of the park, it leads to beautiful waterfalls of funda, the Gishwati community trail is a one day hike through communities, enabling an interaction with the natives, the waterfalls are naturally placed in different parts of the forest, the lovely waterfalls are worth a visit while in the newly established ecosystem.

Gishwati National Park has fewer Tourism activities going on in the park, this implies that even the tourist number is not high, it can be visited best during the dry seasons between July-December and January –December.