Kidepo Valley National Park is located in the north east corner of Uganda some 700 kilometers from Kampala, tucked between the borders of south Sudan and Kenya. Kidepo ranks among Africa’s finest wilderness, and it’s for that reason that CNN selected it as the 3rd best safari national park in Africa. Nested in the wild frontier region, Kidepo Valley National Park is apparently the most isolated national park in Uganda but still stands out to be one of the best virgin places every wildlife viewer can visit in Uganda while on safari. This national park is undoubtedly among the best wilderness areas in Africa. Kidepo harbors a couple of extinct wildlife species that cannot be found in any other Ugandan national park. The reasons for planning your safari here are endless, in the heart of the national park there are placed wildlife species that can only be found in this specific region of the country. The savannah landscape extends in all directions, it has a total area space of 1442 square kilometers backed by the mountain Morungule and Mount Moroto. 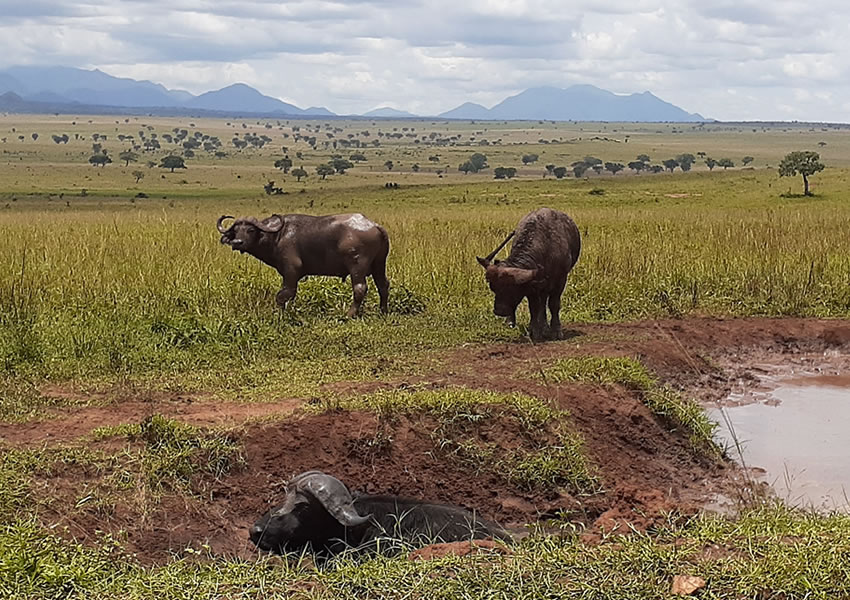 The Park is divided into two separate Valleys, the Narus valley and the Kidepo valley, the Narus valley is drained by a permanent river Narus which often acts as an oasis to the wild animals throughout the year, the region is a point of animal concentration, and it is visited by everybody on game drive in Kidepo valley national park, in the meantime the northern Kidepo valley is evident with natural features like hot springs, the dry river beds are dotted with beautiful borassus palms, the park is home to many animal species some of which are restricted to the area, for example the Bat eared fox, side stripped hyenas, ostrich, cheetahs, in the past years, Kidepo faced a big problem of animal poaching, however big thanks to the Uganda wildlife authority team, there was a resent re allocation of giraffes to the national park, other park animals present include African buffaloes, African elephants, waterbucks, Rothschild’s giraffes, zebras, bush bucks, warthogs to mention a few. The park boasts over 480 bird species, for example the black –breasted barbet, Karamoja apalis, vinaceous dove, Nubian woodpecker, mosque swallow, superb starlings, scarlet-chested sunbird and re-cheeked cordon-bleu among others.

Popular activities in the national park include game drives, these are conducted on open roof safari cars which give perfect views of wildlife, game drives are led by an experienced Uganda wildlife authority guide, in the early morning travelers head out in search of animal species, the rocky out crops growing in the park are resting places of the lion king, evening game drives are conducted to enjoy wildlife and sundowners, Kidepo is a special place of wildlife commonly termed as the true wilderness of the African continent, visit the Karamojong group of people these were originally pastoralists identifying themselveswith unique norms, culture and customs, they are hospitable people performing their traditional songs and their jump dance. Kidepo valley national park is home to many birds, one of the best places to see birds in Uganda, it has 28 species endemic to Kidepo.

The park can be visited all year round but best during the dry seasons, between June, July, and September, December- February, the game tracks are less slippery and have an ease access, the park is approximately 10 hours’ drive by road through Kampala–Gulu highway. Or by Charter flight using domestic air transfers for approximately 2 hours flight to arrive at the destination. There is available accommodation in the national park, ranging from luxury to the best budget, an example of Apoka Safari Lodge a luxury facility in the heart of Kidepo posing with extra-large rooms offering accommodation to travelers and meals. And the UWA bandas, you will require to have paid park entrance fees to the Uganda wildlife authority.