Mgahinga Gorilla National Park is famous for having Uganda’s two critically endangered species as its common residents the Mountain Gorilla and Golden Monkey, it is the smallest conservation area in the country covering an area space of approximately 33.7 square kilometers in the southwestern corner of Uganda, and the park is a continuation of the great Virunga ecosystem together with the Volcanoes national park of Rwanda and Virunga park in the democratic republic of Congo, it comprises three of the great peaks of the Virunga Mountain Gahinga (3474m), Sabinyo (3645m), and Mountain Muhabura (4127m). These are tucked between Rwanda to the south and the democratic republic of Congo to the west. The conservation area lies in the Kisoro district a place preoccupied by the Bafumbira and Bakonjo of western Uganda. 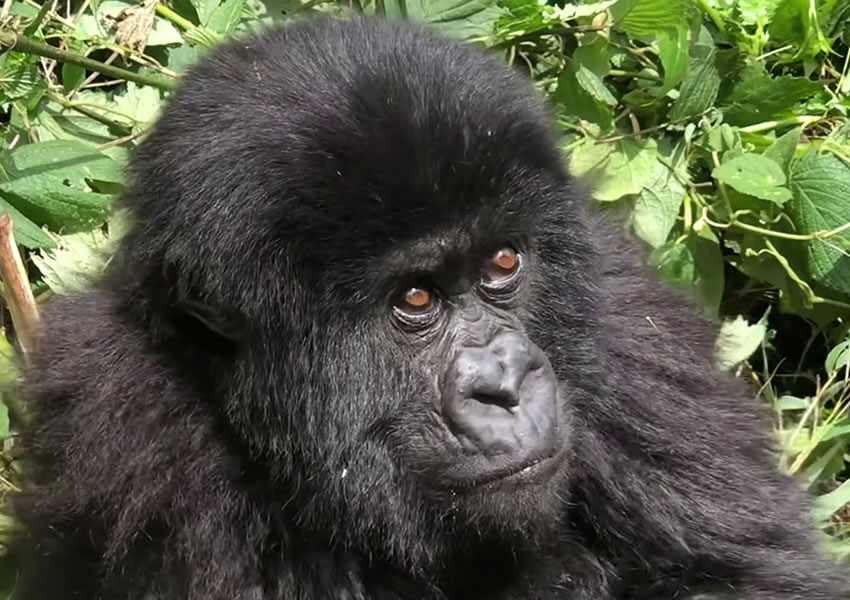 The park gets its name from the Gahinga Mountain locally this term simply means a pile of stones, believed to have accumulated from the stone that was cleared from the farmlands, the park was declared a game sanctuary in 1930 by a colonial British government and gazette as a national park by 1991, the park stands at an altitude between 2227m and 4127m above sea level. It was created as a result of protecting the critically endangered mountain gorilla, the vegetation of the park boasts a montane forest occupying the hilly slopes of the Mountains, thepark’s other vegetation cover is the montane woodland is underlined with a thick forest undergrowth and at the lower slopes you will experience a relative growth of herbs and shrubs and bamboo forest which covers close to 60% of the forest area. The vegetation is a great habitat for small animals who take shelter from their predators.

The conservation area is home to about 79 mammal species including vertebrates, amphibians, reptiles and birds, in the national park look out for bush pigs, forest elephants, and porcupines, these are present in the park although the chances of seeing them are really minimal, the main of attraction in the park is the mountain gorillas and the Golden Monkeys. They live mostly in the bamboo forest region of the park, 180 bird species have been recorded here to date, and some of these are Albertine endemics, example species include the Kivu ground thrush, cinnamon warbler, Rwenzori Turaco, greater double colored sunbird, white starred Robin to mention a few.

The main attraction of the national park is the Mountain gorilla, there is only one habituated gorilla Family in the conservation area known as the Nyakagezi gorilla group, these gorillas tend to migrate alloy to the neighboring countries, Gorillas don’t really have boundaries and might just think they are actually in the same place, they are said to be a close relative to mankind living freely within the ecosystem. The brown-eyed Majestic creatures feed on plants of the forest and are known to share up to 98% of the human DNA, gorillas live in families of up to 20 members. Gorilla trekking activity in the national park is made possible due to the presence of the primates in the park, it takes place in the early morning hours at the park headquarters, gorillas roam in the park and you may be surprised by how much time you will spend in search of the animals, it may take 2- or more hours searching, or even the whole day, there is no guarantee that you will see the mountain gorillas as these specific ones seem to be having another home in Rwanda.

Golden Monkey tracking in Mgahinga National Park is a fun thing to do after the gorillas, it is the only place in Uganda where you will find the golden monkey, their flush golden brown cheeks give them a beautiful look, and the monkeys are found mostly in the Bamboo forest region of the park. Just like the Mountain gorillas, you will have to assemble at the park headquarters, though this time around you will have less time to find them and the terrain is much easier, the monkeys are very fast jumping from one point to another so it is wise at least set your camera ready in order to capture a few moments. Both golden monkey tracking and Chimpanzee tracking require buying permits from the Uganda wildlife authority.

Mountain climbing in the national park is very rewarding and satisfying, Hikers commonly climb Mountain Sabinyo, Mount Gahinga, and Muhabura, reaching the summit of each of the Mountains takes a different time because they are elevated at different altitudes, however, on average 6 hours is enough time to hike and reach the summit of the nearer mountain Gahinga, the trails of the hike are covered in herbs, trees, you will not miss the birds in the national park, you might be able to meet a few of the park primates along the Bamboo trail.

Experience the Batwa community, they are the last group of short structured people in Uganda, these used the forest to aid themselves a living, however, due to conservation purposes, they were evicted from the forest region and kept living in the surrounding communities, they have since then mixed up with the Bafumbira and Bakojo, they perform their traditional songs and show you through the forest in their eyes, they exist in the Ngarama caves are still the guardians of the forest

Mgahinga National Park is located in the southwestern corner of Uganda in the Kisoro district, it is approximately 9 hours’ drive from Entebbe, by road charter flights can be organized to the national park from Entebbe or Kampala Kajansi.