Semuliki National Park is one of the oldest conservation areas of Uganda, it was initially called Toro game reserve officially named on 1942 and gazette by the 1926. It is strategically lies along the floor of the great Albertine rift valley region continuing all the way to the Democratic Republic of Congo. The conservation area is a known place for its bird count most of its species are Albertine Congo endemics and is most sought of when it comes to birding Safaris in Uganda. The natural happenings including hot springs, covering approximately 543 square kilometers in Bundibujo district. The reserve is bordered by the foot hills of Rwenzori Mountain and Lake Albert, the national park is gifted by natural barriers that host a magical forest within which are beautiful creatures and perfect to do a guided Nature walk. 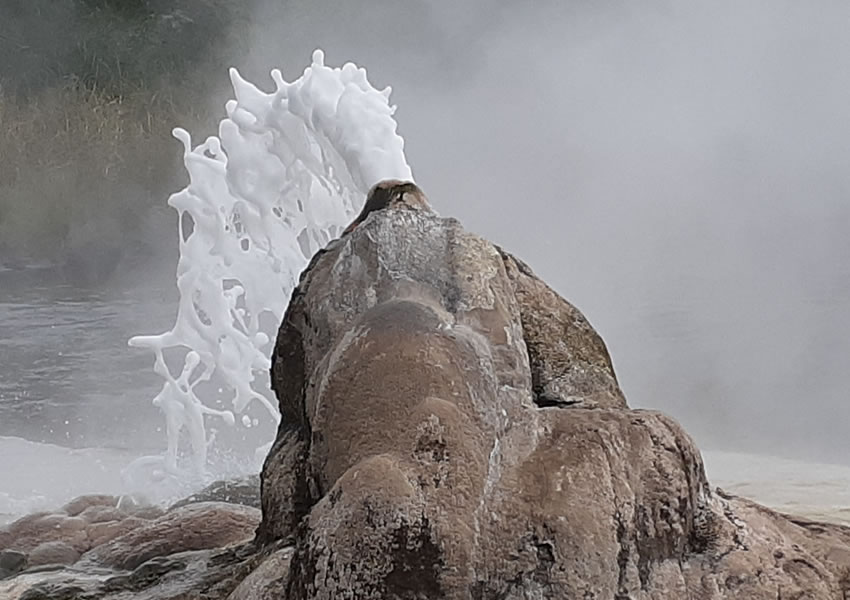 The land scape of the park is underlined by rocks, soils of the rift valley region, and is drained by three main streams, it is considered to be an extension of the Ituri forest of Congo as many of its species resemble the ones of this Congo basin. Most if the forest areas if the park is covered in iron woodland the swampy area is dotted in mytragyna rubrostipulosa. Semliki national park is home to altleast 441species of birds some of which are restricted to the area.it is home to 60 mammal species including the African elephants, African Buffaloes, leopards, hippos, warthogs, duikers, pgymy squirrel, the park is home to nine species of primates including chimpanzees, red tailed monkeys, blue monkeys , Mona monkey to mention. The park is bordered by rivers Semuliki and lamia which act as major water catchment areas for the animals in the conservation area.

Top things to do in the national park include birding in Semliki national park, this place is a pure haven of birds in Uganda it is the place to find most endemics of the rift Valley, example birds to encounter while on this safari include African dwarf king fisher, red rumped tinker bird, red sided broad bill, chestnut flanked goshawk, red bellied helmet shrek, black winged starling, lyer tailed honey guide, grey ground thrush, red rumped tinker bird, to mention a few, within the forest there are great views of birds. In order to enjoy birds, it is advisable to have binoculars.

The Sempaya hot springs are key places to visit in the national park there are male and female hot springs each of which is placed a few meters away from the other., they are said to be medicinal by the locals and of great importance, the female springs are visited by women seeking for fertility in child baring. This water rises up to 2 meters above the ground hot enough to boil an egg. These are regarded to be natural findings of the formation of tectonic plates. The trails to the Sempaya are places with many birds en-route, there is a possibility of meeting primates like the blue monkeys, vervet monkeys.

Game drives and guided Nature walk in Semliki national park are mainly done in the game reserve, it is an intimate and perfect way of interesting with the wildlife species that call this home, despite not having many animals, and the park has popular sights of the African elephants, African buffaloes, and leopards. Drives are strategically done in the morning with the purpose of viewing the morning risers, the extensive drives continue to the shores of Lake Albert.

There is available accommodation in and around the national park for example the Semliki national park in the Toro game reserve, travelers can choose to stay in fort portal and trips to the national park can be combined together with activities in the tourism city of Uganda for example visiting Amabere gayina Mwiru, visit the Toro kings palace, do Chimpanzee tracking in Kibale Forest National Park, and crater walks tour. The park can be visited all year round but best during the dry months of June – August and December – Jan.