Volcanoes National Park is Rwanda’s top visited conservation area, it placed in the southern corner of the extension of the great Virunga volcanic region North of the country. The national park is popularly known for the critically endangered species mountain gorillas and Golden Monkeys, it is the oldest conservation area in Africa believed to have covered approximately 3000ha, as the years passed due to constant encroachment, the size reduced, it was the first gazette in 1925 as a way of protecting critically endangered species living within the ecosystem, three of the peaks among the eight series of the great Virunga volcanic massif are found in the national park Mount Karisimbi (4,507m), mount Bisoke (3711m), Mount Muhabura (4217m), Karisimbi has the highest peak in Rwanda, some of the peaks are shared with Uganda and democratic republic of Congo. 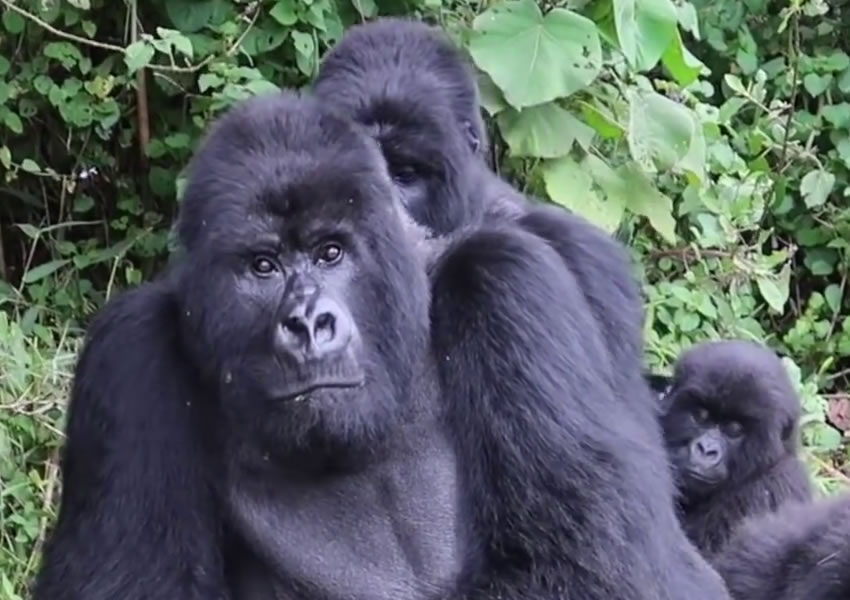 Volcanoes National Park presents four vegetative cover zones ranging from the Bambo forest, the typical rain forest is habitat to animal species, these include Mountain gorillas, golden monkeys, monkeys, and bird species, these live freely within the forest feeding on the plant, tree backs, and fruits. The coming of the American primatologist Dain Fossey increased the popularity of the conservation area, she placed a research center in Karisoke on primates, especially the Mountain gorillas, she died and was buried at the research center, and to date, trips are organized to pay tribute to her and the good works of conservation. popular activity includes mountain gorilla trekking, which is done in the morning hours, gorillas roam freely in the ecosystem and can be visited all day long depending on how far the families have moved. permits are advised to be bought before the booking time, especially during high tourism season.

volcanoes are home to a variety of primates including the Red colobus monkey, blue monkeys, black and white colobus monkey, red colobus monkey, Other animals found in the national park include forest hogs, forest elephants, bush pigs, duikers, these are present although they are rare to see. The conservation area is home to over 200 bird species most of which are endemics to the Albertine rift valley region, it is one place you can find birds in Rwanda, the national aprk is home to three globally threatened species like the African green broadbill, Kivu ground thrush, Lagden Bush-shrike, other birds include the red-faced woodland warbler, Rwenzori double-colored sunbird, Rwenzori batis. There are well-distributed trails in the park to do Birding. Other activities include mountain climbing and Guided nature walks.

In the early 1990s, volcanoes national park acted as a civil war ground and suffered war activities, a lot of poaching took place in the park putting on hold tourism until early 1991 when peace was restored and activities as well. To increase efforts on gorilla popularity, the Rwandan government under the Rwanda development board introduced a gorilla naming ceremony this has resulted in an increase in the gorilla population in Rwanda. Volcanoes national park is the closest park to the city of Kigali, it is approximately 2 hours drive.