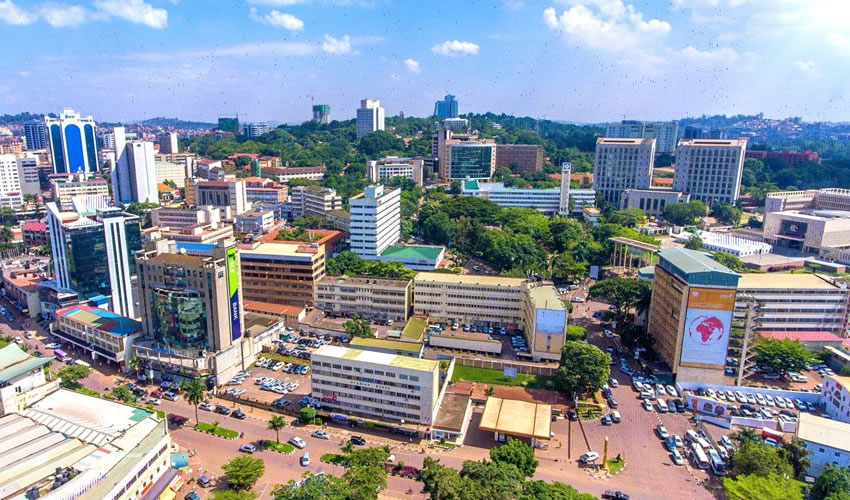 Kampala is the capital city of Uganda, a large urban center seated on 7hills bordering Lake Victoria the second largest lake in Africa. The name Kampala originated from impala it is said that the city before urbanization was home to the impala as it kept growing probably these could have relocated to much safer places. The original hills of Kampala include Makerere, Namirembe, Rubaga, Mulago, Nakasero, old Kampala and Kibuli. It is a city of diverse cultures and a lively social life. Within Kampala, it may not be the best to sightsee, wildlife, and game but worth visiting for its numerous attractions as discussed in my list below.

Gadhafi mosque, in old Kampala it is the largest mosque skyscraping in the city built by the Libyan president Colonel Gadhafi, it’s a worship center the Muslim communities especially those that are situated around the city center, many people visit the mosque even non-Muslim believers this has made it popular one can even take photos while here.

Uganda national museum located in Kampala along Kira road exhibits Uganda’s past historical events, archeological and cultural events. It’s a place reminder for our old golden days collected together including natural past being the biggest and oldest museum in Uganda, music and different performances for visitors that reach out to the museum the country is well represented. The museum poses with a restaurant preparing food cuisines to visitors that go to the area, or for those adventurous ones we can head out to the nearby food points along the Kira road.

The Bahaitempleis surrounded by a beautiful scenic environment, birds the temple is the only one in Africa built in Uganda and has for long been a wonderful place to see not only to tourists but also local people, the faith was spread and started way back over a century years ago, and is one of the fastest-growing religions in the world. Bahai is unique right from its architectural designs to the religion its self, making it have a worth of visiting at least on a tour around ugandas capital city Kampala.

Uganda martyrsNamugongo is a catholic church where people pay pilgrims from all over East Africa and other places in the world, its famous for the Uganda martyrs who were burnt to death on the 3rd of June because they always believed in Christianity which was being denounced by the kabaka. During this time, a join in Christianity was against the cultural belief of the Buganda kingdom. due to the COVID 19 pandemic, these visits have been suspended until the situation stabilizes.

Kabaka’s palace and Idi Amintorture chambers, the palace is home to the Buganda royal kings with historical heritage from the first Muganda Kintu, this is in Mengoa particular town with Kampala on the Mengo, the place presents a lot to see you may not enter the palace but around it are old features to see each of which has a historical background to mention the Idi Amin torture chamber comprised of five cells that used to have an electrified entrance, its believed that over 200 people lost their lives in this place, the place is worth to pay a visit.

MakerereUniversity is the first and most popular university in Uganda and outside Uganda, the university not only offers education to the students from various places but can also be visited while around Kampala, it has got a beautiful lovely environment with bird’s allover commonly the vultures its historical buildings and background is better seen than told. The campus poses with sculptures each of which differently identifies  its self, it is the first and oldest university it is a place of great historical importance, also collecting all sorts of cultures, they have cultural performances and gala for cultural expression.

Rubaga and Namirembe cathedral are worship centers for both Catholics and Anglicans while at the churches, one will have a good view of the city, sometimes choose to enter church worship the lord, you can also have sightings of some birds around the church. These Anglican faith-based churches are in the heart of the capital city of Uganda.

Kampala is full of life entertaining events, a city tour can be done on motorcycle rides locally termed as boda, they are the easiest means of transportation around the town, lunch breaks in the local restaurants to explore different food cuisines can be very impressive, one can choose to look out in the city suburb areas.

Murchison Falls National Park in Uganda is situated in the northern part of the country, it…

Kigali is the capital city of Rwanda, a town that always seems to be in a…